"But you will receive power when the Holy Spirit comes upon you. And you will be my witnesses, telling people about me everywhere—in Jerusalem, throughout Judea, in Samaria, and to the ends of the earth." 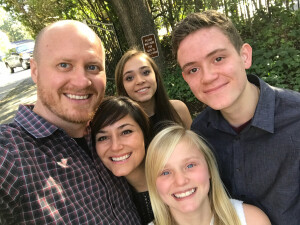 DENVER, COLORADO, USA — Lisa and Zac and their three kids have been a part of Church Planting in Colorado since 2009. Prior to that they were associate pastors at Highpoint Church in the Denver Metro Area and before that they were Youth Pastors for more than a decade in Northern California.

Zac and Lisa were both born and raised in the San Francisco Bay Area. Zac came to faith when he was 15 years old through a Christ centered rehab program in the East Bay. Coming from a background of gangs and drugs, Zac immediately felt the call to ministry and at 18 years old became the youngest licensed minister with the Assemblies of God at that time. While attending Bethany University where Zac received a BA in Church Leadership, he proposed to LISA there in Santa Cruz, CA. As miracles would happen, she said yes.  Zac earned his Master’s degree in Christian Studies from Denver Seminary and Lisa completed her Bachelors Degree from Southwestern University.

Zac & Lisa have been married since June of 1998 and have three teenage children and a rescue dog named Penelope.

To send a note of encouragement to Zac and Lisa, click the button below.