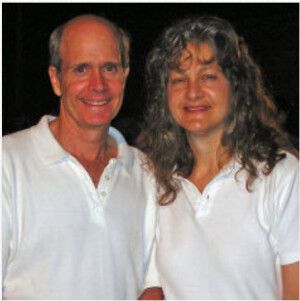 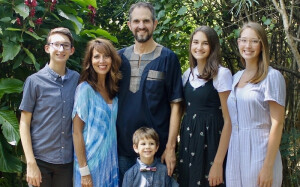 IQUITOS, PERU — Steve and Terry have been ministering in Iquitos, Peru, one of the most unique cities in the world. “Iquitos is the largest Peruvian city along the Amazon River,” Steve says. “It is surrounded by three rivers in the Amazon system. Even though it has a population of about 370,000, it is very isolated and only accessible by boat or plane. The city is the nerve center for hundreds of surrounding villages that can only be reached by boat. ”

The Fords have taken advantage of Iquitos’ key role in the region to share the gospel. They helped found an Assemblies of God church in the city and have coordinated the development of extension Bible schools. Currently, about 20 students study in Iquitos and another 150 are taking classes in surrounding villages. “We systematically train the students,” Steve says, “then help them move to villages where new churches are needed. We help them both financially and with evangelistic and discipleship materials.” “We’ve helped facilitate dozens of new churches along the Amazon and its tributaries,” Terry says. “Today, there are about 85 churches in our area, with many smaller groups continuing to be established. ”

The Fords plan to expand the extension Bible schools into new and needy jungle regions. They also want to establish a permanent campus in Iquitos. “The great thrust of our ministry continues to be the training of pastors and church workers,” Steve says. “Through every means possible our goal is to facilitate new works in the many villages that still lack a shining evangelical witness in their midst."

Steve and his wife, Terry, arrived as missionaries to Peru in 1992. Initially they focused on planting churches among the mestizo communities surrounding the river port city of Iquitos. Over the years they have trained hundreds of pastors and assisted in starting 100 churches. Seven years ago, the Holy Spirit led them into their current ministry of planting churches among the least reached tribes scattered over Peru’s portion of the Amazon River Basin.

To send a note of encouragement to Steve and Terry, click the button below.