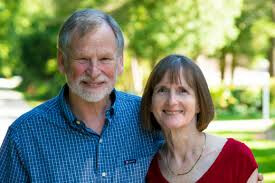 EUROPE GENERAL — John Koeshall has been working as a campus missionary since the 1960's! While he was a student at North Central, he commuted to River Falls University to minister to the students there. When John married his wife, Anita, they PIONEERED Chi Alpha in the Wisconsin/Northern Michigan District. They continued to minister there until 1980 and then the Lord called them to Europe! They moved to Munich, Germany and PIONEERED Students for Christ, which is essentially Chi Alpha Europe. Then, in the 90's the Koeshalls moved to Brussels, Belgium to start a training center that would reach out and equip students to become Ambassadors for Christ. They have helped train leaders from all over Europe, Asia, and parts of Africa!  John and Anita have truly made an incredible impact for the Kingdom of God, and without him Chi Alpha might not even exist in Europe.

To send a note of encouragement to John and Anita, click the button below.