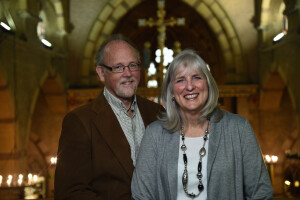 ENGLAND — Bill and Ky Prevette have been involved with Assemblies of God World Missions (AGWM) since 1985. They began their missionary work in India, Singapore, and Indonesia with Asian Teen Challenge. In 1988, the Prevettes were appointed as AGWM missionaries to work in Bangkok, Thailand. They spent the next 10 years in Thailand and Cambodia involved in church planting, compassion projects, and ministering to young people and women at-risk from human trafficking.

Bill and Ky served as country directors in Cambodia and led the International AG Church of Phnom Penh. They were involved with many AGWM projects that cared for Cambodia’s children and youth. In 1998 they were seconded by AGWM to work with Mission of Mercy, an organization that, at the time, sponsored 70,000 children in 35 countries. Bill directed international program development and led the research arm of the ministry.

In 2002, Bill began PhD studies at the Oxford Centre for Mission Studies (www.ocms.ac.uk). That same year, at the invitation of Greg Mundis, then Regional Director of Europe,  Bill and Ky moved to Bucharest, Romania. They lived in Romania from 2002-2007 and served as the country moderators for the AG Field Fellowship. They helped guide the launch of Teen Challenge, and worked with Touched Romania, a ministry to marginalized women. Bill focused on mentoring emerging leaders and teaching in a number of seminaries and schools.

After Bill completed his PhD in 2008, he was asked to serve as a professor at the Oxford Centre. They moved to England in April of 2010 to supervise doctoral candidates from Europe, Latin America, Asia, and Africa in practitioner-based action research. Bill specializes in work with children, youth and women at-risk and in the fight against Human Traffkicking.

While based in England, Ky worked with women and local churches in Oxford, she has completed her training to become a spiritual director with the Diocese of Oxford in 2013. She also works with AGWM Europe office in leading contemplative prayer retreats around Europe.

in mid 2019, Bill and Ky took on the role of 'Missionaries in Residence' at Vanguard Univerity in Costa Mesa, CA and remain AGWM missionaries assigned to Europe. They both continue to travel internationally, working with ministries and missionaries in Europe. While in the USA they will be connecting with their family and supporting churches.

Bill states, 'Our primary calling over the years has been to mentor and equip leaders, training them to advance the Kingdom of God. We do this best by combining scholarship and meaningful action that enables them to serve churches, families, and communities that are often suffering the effects of poverty and exploitation.’

To send a note of encouragement to Bill and Ky, click the button below.